making the move of a lifetime 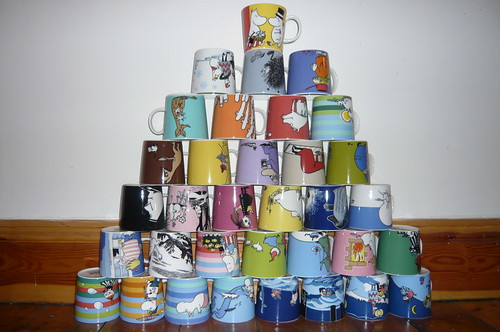 “Living here is not the same as being on summer vacation.” My cousin’s words stay with me while I think about moving to a country I think I know pretty well. After all, I’ve had close ties with Finland most of my life. Moving abroad always has its share of surprises and discomforts but when she said this I really felt that I have a pretty good handle on what to expect with a move to Finland.  For many, the obvious issues with living in Finland will be the long, dark, cold winters and the crazy language that is difficult to learn in the best of circumstances. The things that are hard to anticipate are the cultural or social aspects of living in a new country.

Winter is the one thing that everybody asks me about, or comments on when I mention that I’m moving to Finland. For the record, the winter in Finland is long–lasting 100 days in southwestern Finland and 200 days in Lapland, according to the Finnish Meteorological Institute. It’s not only about cold weather but also darkness. In the far north, polar night, when the sun never appears, lasts for 51 days. In southern Finland the shortest day lasts for 6 hours, roughly from 9 am to 3 pm at the winter solstice. It will also be cold. The mean high temperature in January and February hover around 0 degrees C  (32 degree F) in the warmest parts of Finland, compared to 2 degrees C  (36 degrees F) in Boston during January where I live now. So I will be getting used to a winter that is a little colder, a little darker, and a little longer than where I live now.

The Finnish language is another story. If you are completely unfamiliar with it take a look here at YLE, the national news service. Except for the fact that most of the letters are familiar it is nothing like English.  Vowels and consonants look to an English speaker to be randomly strung together in impossibly long sequences. Fortunately for me it was my first language as a small child and I have had quite a bit of contact with it during my life to where I can hold a simple conversation about everyday things. When the topic gets technical, though, I get lost. I know there will be times I can get by using English with my imperfect Finnish, but to really integrate I will have to improve my speaking and reading ability. My husband will be starting from zero with a New England accent that will make learning to roll his r’s and stringing certain vowel sounds together (yo, for example) challenging at the least.

The thing that worries me the most is the social pressure to conform to a very Finnish way of being that sometimes perplexes me and sometimes makes me anxious.  There is a cultural uniformity in Finland, when you pay attention, that doesn’t exist in the United States. This Finnishness is like an invisible meter-stick that I have often felt I was being measured against as in “you’re almost like a real Finn” (good), or “you’re not very Finnish at all” (bad). I was once told I walk like an American, which I interpreted to mean I carry my foreignness around with me like a beacon and any real Finn can tell from a distance that I am not one of them, although my pedigree is as Finnish as it can possibly be.

Fear of the unknown is a natural part of any change but keeping a positive attitude is essential for a successful outcome. These issues can be addressed when we get there as long as we are prepared for them and don’t get emotionally broadsided during a long, dark winter. Undoubtedly there will be also be positive experiences as we learn to make our way in this new place. In fact, there are many great reasons to be moving to Finland which I plan to discuss in a future post.

Nuts and Bolts–Getting the Paperwork Done

This site uses Akismet to reduce spam. Learn how your comment data is processed.